From Electric Vehicles to Racecar Crashes: The Fascinating Story of Nick Grewal, CEO and President of ePropelled 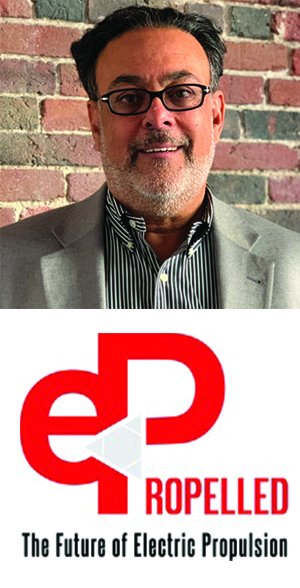 Nick Grewal is the CEO and President of startup ePropelled, which originated in May 2018 and designs and manufactures electric propulsion motor systems and drives – with a focus on the Electric Vehicle, Unmanned Aerial Vehicle (UAV) and Water Pump markets. Grewal is an experienced technology entrepreneur and investor in over 40 high-tech companies.

DeanHouston+ sat down with Grewal to talk about his story, the EV market, racecar crashes and how startup life can feel like a free fall.

DH+: Life as a startup is notoriously exhausting and exciting. What did the early days feel like trying to get ePropelled off the ground?
NG: When an entrepreneur starts a company, which I have done in the past and am doing right now, the way it works is it’s like you jump off a cliff and you take the parts of an airplane with you. While you’re falling off that cliff, you’re assembling the plane.

Whether you splat on the ground depends on if you assemble the whole plane in time – because if you do (assemble it), you’re going to soar like hell. If you don’t, you’re just going to be another one that jumped off the cliff.

DH+: As a business as young as ePropelled, how do you focus on getting short-term wins while also having a long-term play, such as UAV air taxis? Does it feel like you must “pick one” and focus all your energy there or can you work on near-term and long-term simultaneously?
NG: I had the idea to start this off in the EV space, but the reality is you have tier one companies in this space and how are they going to deal with small companies?

The difference between us and somebody else is we’re a technology company. If you come to us, you’re not going to find a huge factory where we’re assembling that stuff. We don’t want to build bricks and mortar. We want to have the thought then hopefully use somebody else’s bricks and mortar to put it all together.

DH+: When did the lightbulb go off that you could be involved in what you’ve called the “electrification of the world”?
NG: I was looking at the Tesla Model S car and I thought, “Boy, that’s an induction motor in there. We got to be able to do a better job than that.” Then we started the company in May 2018 and started looking for patents and I found (current ePropelled Global CTO and M.D.) Dr. Nabeel Shirazee’s patents and I went “Boy, this is really interesting.”

And I went to him and said that I wanted to license his patent and he said “Yeah, sure. I’m not doing anything with cars.”

DH+: Then you ended up merging his company with ePropelled.
NG: I said that we can take this to the sky because this is a birth of a new industry and a new age. There are going to be a hundred car companies doing electric and eventually some of them will win. We like the idea of being intel inside every vehicle and making the electric motor world more efficient. 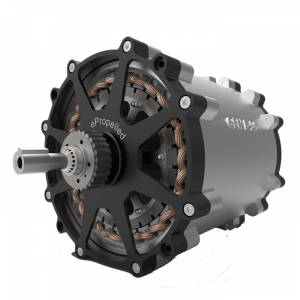 DH+: Most people can read the tea leaves and understand that the future is likely electric vehicles. What’s the biggest barrier between “this is the future” and mainstream adoption?
NG: The physics of the whole industry hasn’t gone away. There’s a lot of people working on how quickly you can put energy into the vehicle and how much energy you can actually store in the vehicle and how efficiently you can use that energy without hurting the storage capabilities. That’s where we think we’re going to have something to say about it. I think that’s where the (Electronic Magnetic Gearing) stuff comes in.

DH+: Do you feel like you must play catch-up in the market?
NG: We want to build this thing at a fast speed. Being a racecar driver and a pilot, I truly believe that speed is everything. Any company that’s going to make an impact in an industry is going to have momentum.

In my book, momentum from when I was a kid is mass times acceleration – and guess what? We have no mass. We’re a startup. So we’re going to have to accelerate at an amazing speed to really make an impact on the industry.

DH+: There are really smart people working on figuring out the solution to making EVs mainstream. How do you stand out in a crazy competitive and crowded landscape that’s filled with brilliant people?
NG: There are very smart people and timing is everything. We know, as entrepreneurs and startup guys, how to make decisions quickly. Big companies don’t want to make mistakes. We want to make mistakes quickly, learn, modify quickly and move on.

That speed is our key.

We know there are smart people in companies like Bosch and Siemens and people like that, but guess what? I don’t know if they’re allowed to make decisions quickly and that’s our secret sauce.

DH+: Obviously you want to have a great product, but does this feel like this will be a “best product wins” situation or are there other circumstances that will play a role?
NG: It’s really important that you define your market, you define your product, you define your sales process, you define your channels and do good by the customers. You better be good at all those things – not just the technology.

DH+: How did COVID impact the EV and UAV markets?
NG: The UAV industry is actually on fire. In 2018, it was questionable how quickly that thing can grow. But I think EV and UAV industries have grown far more in the past 12 months.

People suddenly realize – people in India could actually see the Himalayas from 200 miles away (due to a decrease in air pollution from fewer people out driving). A couple of generations haven’t seen those types of things. At the end of the day, it’s not the electric story. It’s what it does to the planet. That’s the story.

COVID was just the catalyst to get the chain reaction going. We happen to be a bit lucky to start in 2018 and to be honest, I wish we started in 2017.

DH+: You’re really into car collection and racing. What’s your best racing story?
NG: I raced old cars in Le Mans – the 24-hour Classic. Normally you take a team of three drivers and stupidly I went by myself. When you come in after 45 minutes to an hour, you’re supposed to change drivers. I would sit there for 5 minutes then they’d tell me to go off again. I did that during the day races and the night races.

At 4 a.m., I passed this car stuck in gravel and he’s trying to get out but it’s throwing all these stones onto the track. When that leg was over, I came back for the 6 a.m. leg and I went out there and on my second lap it looked like there was a huge fire coming out of my car. I’m panicking now.

I could have jumped out but I don’t want to hurt the car more than I have to. Luckily, I pulled up and they put the fire out with a fire extinguisher. … The mechanics looked all over it to figure out what the hell was wrong. There was a little pinhole in the fuel filter and it was a stream of oil on the exhaust pipe. We just changed the oil filter and off we went.

I’ve crashed into the wall, but that’s not unusual. Having a car on fire, that’s more unusual.

DH+: Whoa! You’ve crashed into a wall?
NG: I was racing in the rain one time and it was me and another guy – 1-2. He was leading and I was two. He ended up spinning out and so I take the lead and I’m really cautious because all I have to do is keep the car in the center and not crash then I’ve got it won.

Then I’m coming down the hill and I hit water and the back end started sliding. I went probably a quarter of a mile spinning and that’s when everything slows down. I thought I could just keep it in the middle, then the next thing is I’m 20 feet in the air and then the next thing is the wall. I could see every moment like it was a slow-speed movie.

DH+: What is EV’s role in the world of racing?
NG: One of my friends in the racing world is the CEO of McLaren Racing. He runs the Formula 1 team. We raced together in Laguna Seca. He called me to his office in England, so I went to his office – it’s a fantastic thing. He’s got all Bruce McLaren’s old cars and all these Formula 1 cars.

He said he wanted me to build a Formula E car. We’re so busy that I had to tell him that I can’t do it – I just don’t have the bandwidth.

DH+: Oftentimes racing is the laboratory of things to come for regular cars, does EV adoption in racing give a kind of stamp of approval for regular cars?
I love the idea of taking an ePropelled car and getting different cars and meeting in New York and saying, “Let’s race to San Francisco.” It’s like 1907 again. I think that would be an awesome thing to do, but we have to get there.

We have to be focused enough to not do Formula E and not do long-distance rides. Eventually, when we have customers and we’re doing really well, I think we can invite the rest of the industry to say, “Let’s go do this.” 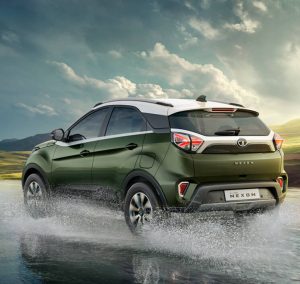 DH+: You’re launching your EV push at Cenex-LCV in England, including putting an ePropelled motor in a (Indian auto manufacturer) Tata vehicle. How’d that relationship come about?
NG: That’s pretty simple: some of the people we know worked at (GL Racing) and Tata. When they knew what we were doing, they basically invited us in. When somebody invites you in, you try to do the best job you can. We think it’s going to be a tremendous relationship, but we know we have to prove ourselves.

That’s why we’re concentrating on that EV project instead of taking on 3-4 projects. I’d rather be successful on one project.

DH+: When you look at different markets, Asia vs. Europe vs. North America, for example, are any of them more prime than the others for this product?
NG: I wouldn’t say one is more primed than the others, it’s just a matter of where the customers are. This is one of our strategies: we don’t want value-added resellers or resellers or distributors based on territory. We have them based on customers.

Customers are international, so not only are we international, but so are our customers. And you can’t say that about a lot of the startups that are coming up right now.