Marketing, Media & Musicals, Oh My! A Day in the Life of Sally Shireman 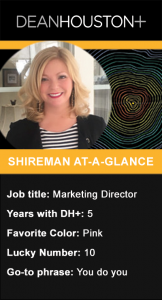 A lot of people wear multiple hats – personally and professionally – like a gilded badge of honor. But then there are those to whom such zeal comes so naturally that you’d wonder what they’d function like otherwise.

Her journey began in suburban Chicago, then rolled on after college to professional stints in central Illinois and Kentucky, onto Emmy-winning accolades and work with several celebrities before coming right back to where it all started. All told, Sally has seen it all in the worlds of television, media and marketing – to go along with a fervent flair for musicals and a love of helping others.

We recently had a chat with the Illinois native to talk about her exciting career journey, her many interests and, to colleagues, a fun-loving approach to making work feel, well, less like work.

DH+:  It seems like a fascinating road that’s taken you near and far and near again. Tell us about it.
SS: I was born and raised right here in the Chicago suburb of Orland Park. I have one older sister named Amy and I followed her pretty much everywhere growing up. I am a Catholic school survivor, attending St. Michael’s grammar school through eighth grade, then Providence Catholic High School. I studied communications and journalism at Eastern Illinois University. I started my career working in the on-air promotion department of a local CBS television station in Champaign, IL, then moved to Louisville, KY, to work for another CBS affiliate in that market. 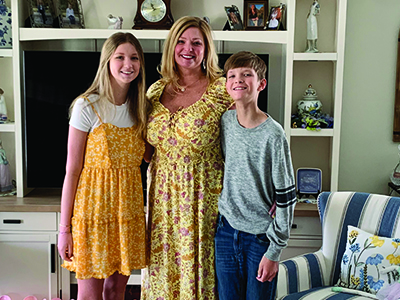 From there, I went “back to my roots” working for a local TV station group where I had interned during the summer of my junior year of college. I called Weigel Broadcasting home for over 16 years. During my tenure at Weigel, I wrote, edited and produced on-air promotion content for six different television stations crossing three markets (Chicago, Milwaukee and South Bend). I was also part of the team who launched a local station that became a national network (Me-TV). I led a team who created several Emmy-nominated and Emmy-winning promotion spots. I was lucky enough to work with some outstanding A-, B-, C- and D-list celebrities! Some of my favorites include Oprah Winfrey, Regis Philbin, Jerry Springer, Bernie Mac and Ellen.

I grew a passion for marketing and branding that sent me on the path to pursue new career challenges, eventually bringing me to DH+. I now live in Tinley Park with my two children Sydney (almost 15) and Zander (12). We have three cats: Scarlett, Jasper and Billie Jean.

DH+: What drew you to DH+ and what’s the best part(s) of working here?
SS: When I went on the website and saw the “Eternally Confident, Totally Fearless” tagline, I knew this was the place for me.

I have often been described as confident and fearless, so I figured I was the perfect fit. I embrace the “whatever it takes” philosophy of DH+. The best part of working here is the people I get to work with and the client relationships I’ve established.

DH+: Any favorite/most fun DH+ moments or events you’ve experienced?
SS: I love the retreats and outings we do as an office and as a corporate team. It is fun getting to know my coworkers outside of the office…even when it reveals that they are hard-core cheaters at scavenger hunts. This also includes attending tradeshows with my clients and coworkers. If you have not attended a tradeshow and hung out with Tyler Houston and the rest of the Exhibit Logistics team, you are missing out. Just find any local spot that ends in the letter “Z,” and you are bound to find us having some laughs together.

DH+:  What’s been the most fun/rewarding/interesting client project or campaign you’ve handled at DH+ and what would you like to work more on in the future?
SS: We created a virtual reality experience for one of my clients, Source North America. The design team spent months collaborating with Source’s Solutions Design Group to take visitors underground at a fueling site. My favorite part was being able to attend the tradeshows where it was presented and to coach visitors through the experience. The feedback was sheer amazement and contagious excitement!

I look forward to working on any projects that incorporate bringing something new and exciting to a trade show or other audience. 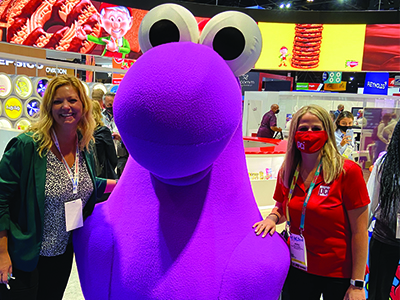 DH+: You’re no stranger to tradeshows. What do you enjoy most about them and how do you believe that attending them is an asset for clients?
SS: I love the energy and excitement of a tradeshow. I love meeting new people and am fascinated by the cool new products in the industries we work with. Some of my best ideas have come from conversations I’ve had with my clients at a tradeshow booth. The more face to face time you spend with your client the better and a tradeshow is a perfect opportunity to take advantage of that time.

DH+: What’s next on your list of goals you’re shooting for – personally and professionally?
SS: I am taking a French class this summer in hopes of becoming more fluent in the language. I am also still holding out hope that I will be able to find an adult tap class that has openings for beginners like me. I started running again (slow and steady) and would like to complete a 10K by my birthday in October.

Professionally, I have benefitted from joining professional organizations like PEI Women. I am researching more opportunities like that for both educational and networking purposes. 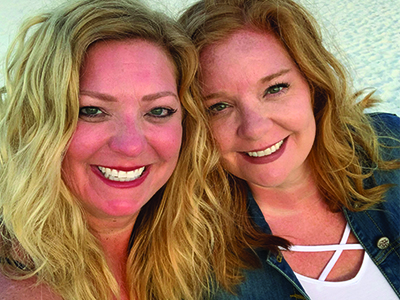