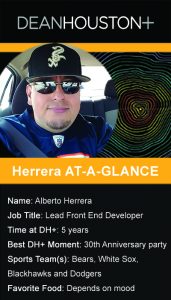 Every person’s path is as unique as the individual on it. But when that path is marked by a selfless nature, dogged determination and an easygoing sense of humor, success tends to follow.

Al was born and raised in southside Chicago where he quickly fell in love with all things Chicago sports. He became a football recruiting target for two Big Ten schools before exploring unique opportunities in the IT world, which eventually led him to DeanHouston+. Along the way, he’s pursued his passions for traveling and other ventures, though not every experience was a good one.

In 2018, while visiting Durango, Mexico, for his niece’s baptism, Al and 102 other passengers aboard an Aeromexico Embraer 190 airliner bound for Mexico City, went down in a fiery crash just after takeoff.

Many were injured, but all 103 passengers, several of whom were from the Chicago area, survived. Though himself plenty shaken, Al selflessly helped several passengers navigate the drop from the burning plane to the ground and get to safety. His heroics were rightfully recognized at a Chicago White Sox game later that year where he threw out the ceremonial first pitch.

Every day, Al is all about creatively solving digital problems for clients no matter what the challenge is. He brings more than a “can do” attitude to the DeanHouston+ Chicago office. His is one of “want to and will do,” which has earned him respect and praise from his colleagues.

“He’s an absolute workhorse,” says Jack Nolan, senior marketing manager at DeanHouston+. “No matter what type of project, deadline or how complex, he will find a way to make it work on budget, on time and exactly how the client requests it.”

In this edition of our INSPIRE Staff Spotlight Series, we sit down with the web developer extraordinaire to talk about how he got started in his digital career, his harrowing experience of the plane crash and his love-with-disdain of Chicago sports. 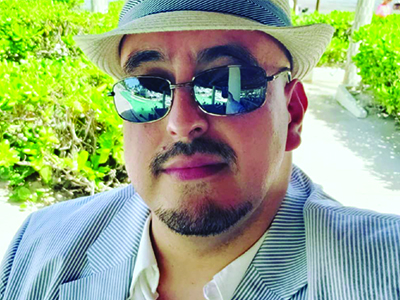 DH+: What’s up Al? Let’s start back in the day – where you grew up, schools you attended, sports you played, career stops, etc.
AH: I’m Southside Chicago born and raised. Lived in Pilsen until I was 10, then moved further south to Gage Park. I went to a bunch of elementary schools and then attended John F. Kennedy where I played baseball, football and messed around on the basketball team. If you’ve ever seen a fat dude dunk a ball that was me! But primarily I was the enforcer/rim protector. Every team needs someone to push people out of the way.

I was recruited by Michigan State and the University of Minnesota for football, but my career wasn’t intended to go past high school. I went to the Illinois Institute of Art and got into web design and coding and earned a bachelor’s in it.

After college, I worked for a boutique agency that specialized in Flash websites. Whoever convinced companies that Flash websites were a great idea deserves an Oscar. That led to a merger with another company in nearby Tinley Park that was doing more traditional web work. Eventually, they became more focused on security and they eliminated the web team.

I freelanced for a while, which led me to work with some great companies like Crown Imports LLC, which handles all the Corona and Modelo distribution, so I always had free beers. I was also recruited by the ever-popular Playboy Industries when they were still based in Chicago, and working on their websites and microsites as part of the freelance team was very fun when you’re in your late 20’s. The event invites were always so much fun – I think my bro’s liked that perk. 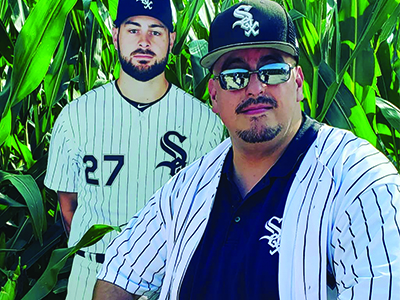 DH+: What drew you to DeanHouston+ and what do you enjoy about working here?
AH: Remember that job I had in Tinley Park? I found DeanHouston+ and was like “s**t, that isn’t far from my house, lets’s apply and see if I get a call.” I wanted a break from commuting downtown as it was almost two hours. For the most part, what makes or breaks your stay at any company are the people and the interactions you have. That’s what will make you want to either stay or leave. I’m lowkey and drama free so it’s been great here.

DH+: Any favorite/most fun DH+ moments or events you’ve experienced?
AH: The 30th Anniversary night events were fun. I was stuck in a van heading to the DH+ Karaoke event from an arcade. Everyone was having drinks and a good time. That one sticks out.

DH+: What’s your advice to anyone looking to get into a career in web development?
AH: Don’t go into it trying to learn it all right away. There are many outlets to learn the basics of HTML, CSS, JavaScript and jQuery. Start there and expand out. The more comfortable you get with one the easier it will be to branch out to others.

DH+: Any hobbies, side gigs, travel or other stuff you enjoy in your spare time?
AH: I’ve been known to say f**k it and get on stage and do some standup, or as I call it, tell-embarrassing-stories-about-myself-mostly-because-they’re-funny-to-me-and-I-need-the-validation-that-they-were-funny.

Traveling is how you immerse yourself in how others live, work, eat and play so that’s always on my mind. For example, it’s not all about traveling to a place like Cancun just for fun so much as it is to see and learn the ancient cultures and see the architectural structures that wow you every time. 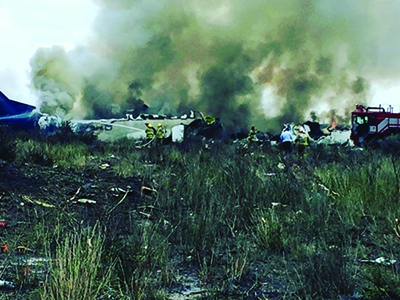 DH+: You got to throw out the first pitch at a White Sox game but there’s a frightening backstory to that. Can you tell us what happened?
AH: Yeah. The gist of it is I got slapped back to earth while trying to take off on a plane in 2018. We were in Durango on the way to Mexico City. The copilot-in-training probably should have read the wind gauge a little better before takeoff. Maybe trying to take off in a tiny Aeromexico plane with headwinds of over 100 mph was not the brightest idea. Maybe just wait 30 minutes for the storm to pass?

The first pitch at the Sox game came around because I did all the TV interviews the next day wearing my White Sox hat. Pro tip: wear your team’s gear in case s**t happens (laughs). Sadly, the Blackhawks never reached out. While at the Sox game that night, Parker (Wight, DeanHouston+ coworker) totally missed an easy foul ball (laughs.)

“I was camped under it, but it started to carry,” Wight said. “I still could’ve had it, but someone who I won’t name interfered at the last second. So, I didn’t miss it, but I was blamed for it. Remember the 2003 NLCS? Yeah, it was like that.”

DH+: What’s next on your list of personal and professional goals & accomplishments?
AH: The biggest one is to continue investing in rental properties. As one of my mentors says, “true wealth is when you have the time to do what you want when you want.”

DH+: You’re a huge Chicago sports fan. Why does virtually every Chicago franchise make it so painful on their fanbases?
AH: Because each franchise knows we’re all gluttons for punishment but fill the stands anyway. Imagine how it would be if there was ever a run where teams from every sporting season were consistently great. The whole city would be rocking. But they can afford to not be that consistent. So here we are. 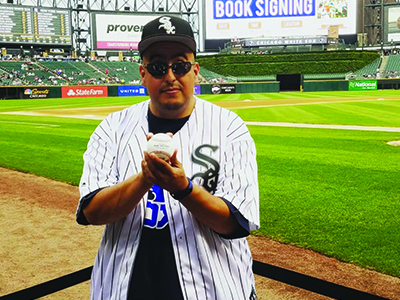 DH+: Hypothetical time. Let’s say you get to make the call for the next White Sox manager. To make it more fun, you get to pick anyone from any era of baseball, living or not. Who are you going with and why?
AH: As much as it would be fun to pick someone great from the past like Joe McCarthy, Walter Alston, Bobby Cox, Tommy Lasorda, Joe Torre, or even an in-his-prime Tony LaRussa, baseball has changed immensely with analytics, bullpen management and now the universal DH. I think what’s best for the Sox is to pick a person who actually wants the job and who has been involved in modern baseball. If he has adjusted to the game a bit better, Joe Girardi would be my choice. He had success in managing the Yankees and is at an age where he can still handle the day-to-day.

And he probably wouldn’t intentionally walk hitters with two strikes on them.