Going Viral: The Power of Native Videos in Social Media

You’re scrolling through your social media feed, more than likely late at night when you should be sleeping. It’s the usual stuff: news updates, too many selfies, a wordy rant about something you don’t care enough to read, and of course, an oddly specific advertisement about something you mentioned to someone earlier in the day.

You wonder for a moment if your phone is spying on you, but before you can think about it further, you’re distracted by the visuals and sounds of a video that has started playing automatically. Like some sort of digital sorcery, you’re mesmerized by the allure of what marketing experts call a “native video.”

Native videos on social media are designed to capture your attention, taking advantage of the fact that users are more intrigued by visuals and audio than words. It’s a marketing strategy intended to increase engagement (the number of views, likes, shares and comments), which does wonders for brand awareness and growth. 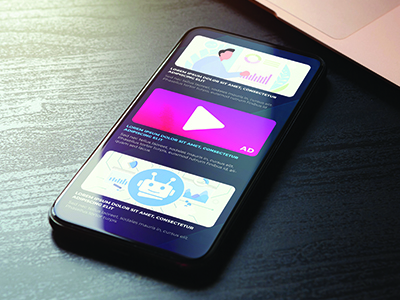 Native videos differ from the other marketing strategy known as pre-roll videos. While native and pre-roll videos auto-play, pre-roll videos play before the main content the user is trying to access, acting as a distracting and frustrating barrier. With native videos, however, the user can keep scrolling through their feed without needing to interact with the video, providing a much more fluid experience that allows for genuine engagement.

But the real genius behind native videos is their ability to go viral.

When a video is so captivating, people become overwhelmed with an uncontrollable desire to share it across cyberspace. The video can be as mundane as a baby named Charlie biting his brother’s finger or as unique as a gorilla dancing to “Maniac.” For the following weeks and possible months, it will be trending news for media outlets and fuel hours of nonstop office chatter. You will be unable to escape its reach. Even years later, after so many other viral videos have taken space in the forefront of your mind, you will find yourself referring to that long-ago video.

That’s the power of going viral.

Brands like Budweiser, RedBull and Lyft have all achieved lucrative viral status with their native videos by understanding their audience and knowing which social media platform is appropriate for their message. In fact, many brands are even choosing to use their television commercial budgets to produce native videos for their social media channels.

It’s evident that native videos are becoming the future of advertising. But, like with most things, there’s a right and wrong way of doing things. 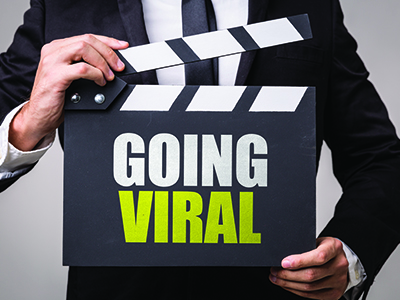 Anyone Can Do It … But Can They Do It Well?
As with all marketing, understanding the audience and producing the appropriate content is the foundation of a successful strategy. It’s the same for native videos.

Jam-packing product details, consumer reviews and other tedious and lengthy information will only overwhelm your audience and deter them from your brand. Instead of trying to sell something with native videos, introduce or highlight your brand by telling a creative story about what makes your brand special. But keep in mind that if your story and the content being shared are generic (an uninspired imitation of what another brand has already done), then your audience will more than likely keep scrolling through their feed, leaving only a bad impression of your brand.

There’s an art and science needed to capture the attention of someone (especially when they’re constantly being exposed to a ridiculous amount of media and advertisements). But native videos have the power to do so – if done correctly.

If you want to upgrade your brand and improve your social media presence, stop scrolling and get in touch with a DeanHouston+ marketing expert!